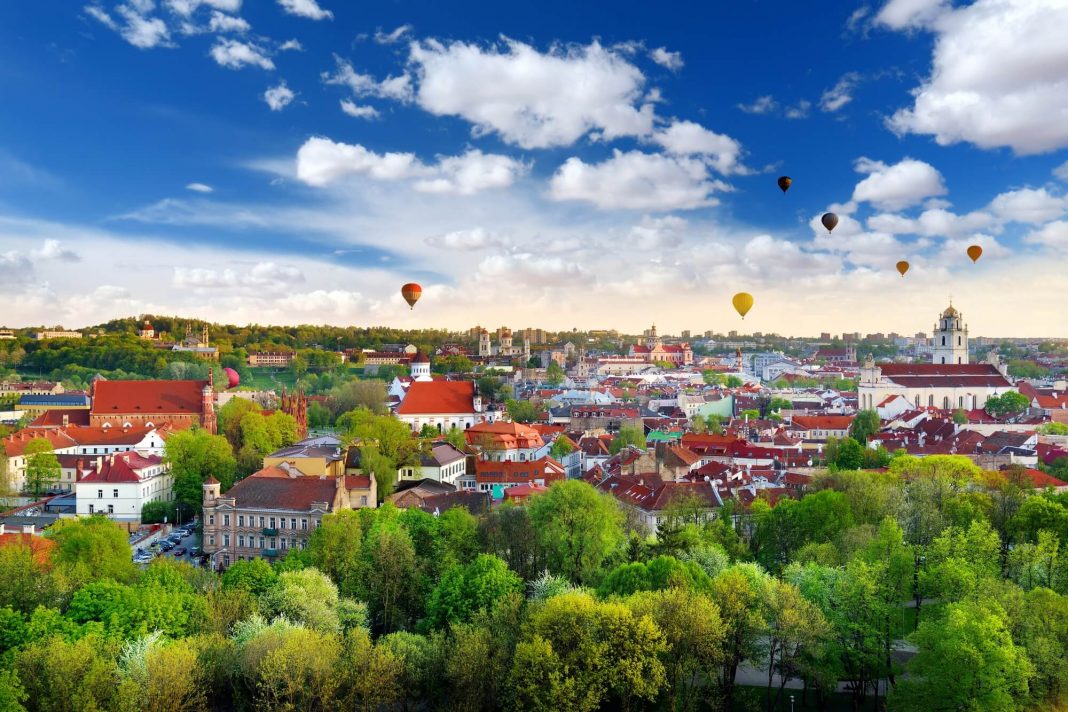 Called Urban Forest, the project is the first attempt to adopt the tenets of the Miyawaki urban forest methodology following the forestry traditions in Lithuania. The method takes its inspiration directly from processes and diversity in nature and involves planting two to four native trees per square metre, much denser than in commercial forestry. The Ozas Park project aims to raise public awareness around sustainable afforestation in urban areas around Vilnius.

Justas Kaveckas, the founder of Foros, says: “Forests are the lungs of the world. They regulate the balance of oxygen, carbon dioxide, and humidity in our atmosphere. They sequester carbon better than any other known solution and contribute to our sense of well-being. This project is a step towards a greener world, and we hope it will encourage other cities, countries and continents to follow suit.”

In cooperation with Skogran’s foresters, a suitable variety of greenery for the 0.25-hectare forest was selected. From the day of afforestation, the parties will conduct regular monitoring to determine how the plants coexist and what microclimatic conditions or soil composition allow certain species to flourish. The companies will introduce a program on-site for residents interested in the seedling planting technology used by the foresters.

Self-sustaining Miyawaki forests grow within two to three years, considerably faster than conventional afforestation techniques. Densely planted trees overshadow one another and compete for space and access to light and water, encouraging much faster growth. For the Ozas Park project, the foresters plan to plant up to 700 trees, including Scots pine, juniper, rowan, and hazel. They expect a tangible result within three years.

“Everyone should try planting forests. It’s not only calming activity, but you get to be a part of forest restoration and help the world to neutralize our CO2 footprint in the years to come. Urban forest will be an educative park where visitors can learn about five different Lithuanian pine forests. Our purpose is to improve people’s knowledge about nature that surrounds us and to show that planting forests benefits each and everyone of us.” adds Laurynas Sederevičius, Business Development Manager of Skogran.

The Urban Forest plays a vital role in Vilnius’ green agenda. The capital’s municipality has set an ambitious goal to plant more than 100,000 trees, 10 million bushes, and 300,000 climbing vines within the next two years.

Comments city mayor Remigijus Simasius: “The Urban Forest is a great example of how companies can strengthen the green wave in Vilnius with valuable ideas and concrete actions. The support from business enterprises in similar projects will speed up the planting of greens across the city, thereby helping us attain our goal. Projects like these are also great for community building.”