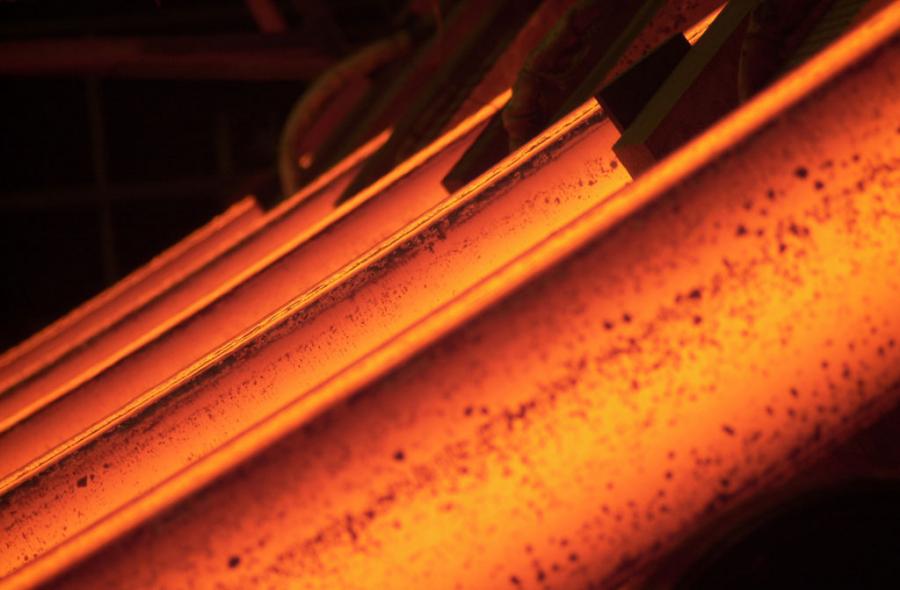 Reconstruction of one of the two blast furnaces and modernization of the last of the three wind heaters. These are the two most important events of this year, which will lead to a reduction in the energy intensity of the operation in Třinecké železárny (TŽ). Together with the purchase of energy from renewable sources for the operation of all office buildings, this will mean a reduction in carbon dioxide emissions as it was announced by the company in April.

The modernized hot blast stove is currently gaining a new refractory lining, will be completed in the summer and the cold tests of the equipment will begin in October. After its full start-up, there will be a significant reduction in thermal energy consumption, and thus greenhouse gas emissions. Reconstruction of the blast furnace is now being prepared and should begin in August.

However, the path to reducing CO2 emissions according to the Green Deal of the European Union will not be easy for the metallurgical industry. The company is now intensively preparing several interconnected innovative projects, which it plans to implement in the next ten years. “We base them on the use of energy from renewable sources, we rely on the greening of primary production, operations and processes, and we also count on expanding the portfolio into ecological segments. Our goal is to gradually reduce emissions by 55% by 2030,” calculates Jan Czudek, CEO of TŽ. The plans also include massive tree planting and care for greenery, which is already underway.

Greenhouse gas emissions in metallurgical production are related to technological processes in which carbon is key, so far it is not possible without coke or a huge amount of energy. “We will need time and money for transformation. First of all. In the second, there is also sufficient protection in the global market to maintain the competitiveness of our high-end steel, as well as sufficient energy from renewable sources,” recalls the CEO.

In terms of the production of greenhouse gas emissions, the steelworks in Třinec are relatively well off. The emission intensity of steel production in Třinec has been at a stable level of 1.7 – 1.8 t of CO2 per tonne of steel in the last 10 years. “Thanks to a long-term effort to reduce emissions in Europe, we, like other top European smelters, have reached a technologically optimal state in the existing ore route of steel production. By comparison, the emission intensity of major global producers outside Europe exceeds 2 tons of CO2 per tonne of steel produced,” notes the company’s CEO.

Even so, the ironworks pay hundreds of millions of crowns a year for emission allowances, the amount is already approaching CZK one billion. Now, moreover, the price of an emission allowance is rising sharply, costing 44 euros. This money then goes to environmental projects. For example, they finance people’s home insulation from the New Green subsidy titles for savings on home insulation or the replacement of non-ecological boilers through so called kettle subsidies. The company thus indirectly finances energy savings for people.

Třinecké železárny will also apply for subsidy support from the Modernization Fund, which is also financed from the sale of emission allowances, as well as support from the Fund for the Fair Transformation of Regions Dependent on Fossil Fuels.