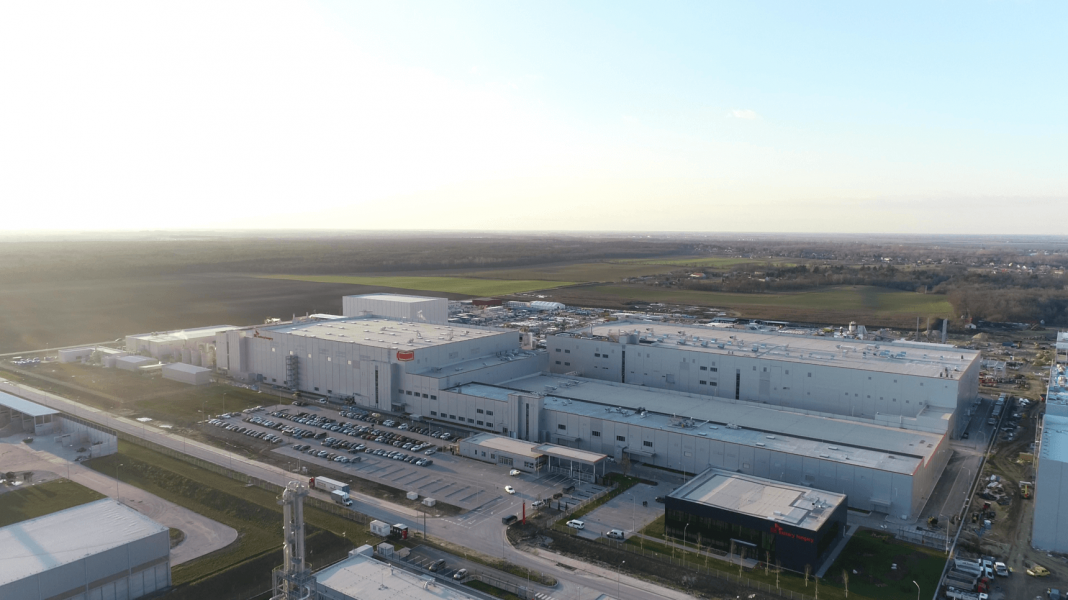 The company made a bold decision to invest in the battery industry, a future growth driver, from the beginning of this year, reflecting its determination to bravely tackle the current crisis caused by the unprecedented COVID-19 pandemic. The company intends to further secure its production base in Europe, which is one of the major car markets and where global car companies are present.

This factory is expected to be constructed in Iváncsa, Hungary, with a production capacity of 30 GWh (*) per year. The first and second European plants are also located in Hungary (Komárom), and the expected third plant will be the largest in investment scale.

SK Innovation secured an area of about 700,000 m2, which is equivalent to 98 football stadiums.

For this third European plant, which will be a long-term project, of which construction will be commenced in the third quarter this year and will last until 2028, a total of USD 2.29 billion (about KRW 2.6 trillion) is expected to be spent as construction cost. This is half of the anticipated total investments. The company plans to finance the project externally according to its construction schedule.

Located 50 km southwest of Budapest, Iváncsa is equipped with smooth logistics infrastructure, such as railroads and roads; abundant workforce, as it is near the big city; and all other sorts of infrastructure, which led the city to become the site of SK Innovation’s new project.

With the investment decision this time, SK Innovation came closer to its mid- and long-term goal to become a leading global EV battery company with a production capacity of “125 GWh+α per year by 2025.”

Thanks to this investment, the company will be able to proactively cope with the battery demands in the European markets, which are expected to increase more than six times to 256 GWh in 2025 from the current 41 GWh. Focusing on the EV battery industry, which fits the best the European Green Deal policy, SK Innovation plans to expedite its vision of “Green Balance 2030,” the core of its ESG management.

(*) It will be possible to supply batteries for approximately 430,000 cars based on 70 kWh per charging with over 400 km drive.