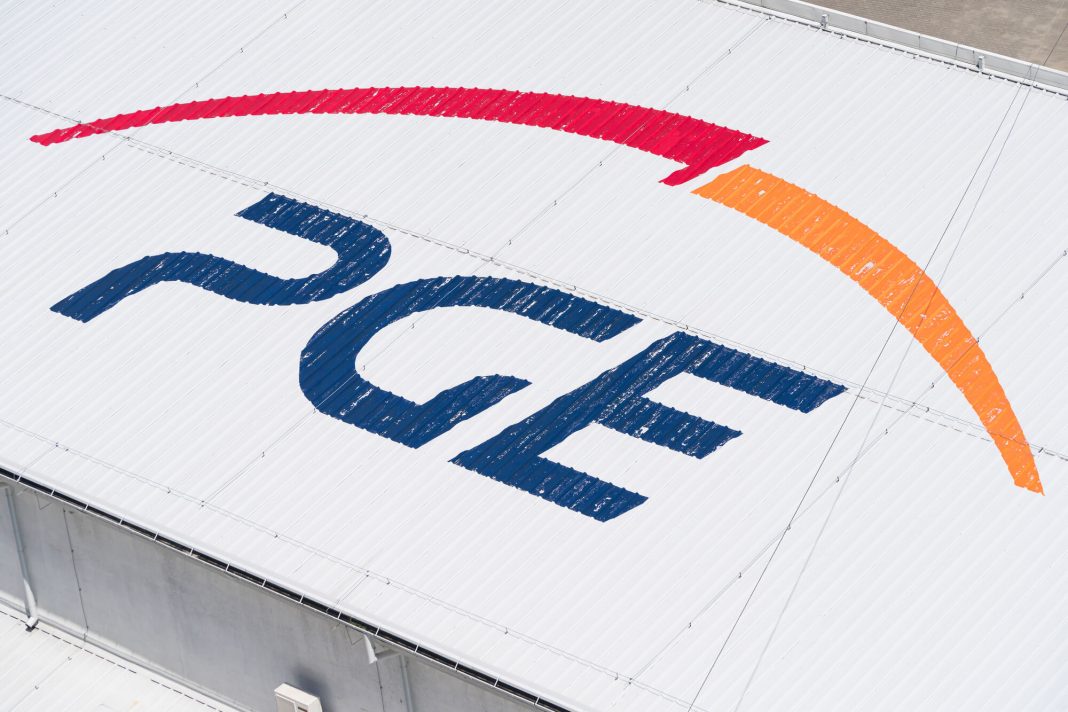 Vice President of the Management Board of PGE for Regulatory Affairs Wanda Buk together with Deputy Climate Minister Adam Guibourgé-Czetwertyński took part in the international EnergyPost.eu conference devoted to the role of the EU ETS system in the European Union’s climate policy until 2030. The conference’s debates focused on the upcoming revision of the EU Emissions Trading System (ETS).

The event was attended by over 200 participants, including Beatriz Yordi, Director of the European Commission Directorate-General for  Climate Action (DG CLIMA), responsible for reforming the EU ETS, Philipp Ruf,  Director of Global Power & Carbon Analytics in ICIS, the company whose forecasts are used, among other entities, by the European Commission,  and Dirk Forrister,  CEO and president of the International Emissions Trading Association (IETA).

In her speech, Wanda Buk, Vice President of the PGE Management Board, called on the European Commission to implement the decisions of the EU summit held in December 2020 and to increase the Modernisation Fund, as it is the best source of financing for the transition of the Polish energy sector. This direction was indicated by the leaders in the European Council’s conclusions formulated during its session in December 2020, when a higher common target of 55% emission reduction by 2030 was adopted. “The Modernisation Fund should be increased in proportion to the EU’s growing climate ambitions for 2030 and the resulting huge investment needs of countries with low GDP per capita and different starting points in the transition process. PGE solicits this together with energy companies from Bulgaria, Croatia, the Czech Republic, Estonia, Romania and Hungary,” emphasised PGE Vice President.  Therefore, the European Union should jointly work out solutions that will help the Polish energy sector to finance necessary investments to a greater extent, for example by using for this purpose allowances allocated to the Market Stability Reserve.

In his speech, Mr Guibourgé-Czetwertyński drew attention to the shortage of CO2 emission allowances allocated to Poland in relation to the country’s factual needs, which forces Polish energy companies to buy CO2 emission allowances abroad, thus making them finance the energy transition of other countries by streaming funds to their national budgets. The means to solve this imbalance is a significant increase in the Modernisation Fund.

Mr Guibourgé-Czetwertyński also stressed the importance of Poland’s new Energy Policy until 2040, pointing out that an excessively high price of emission allowances could bring about results opposite to those expected by decision makers. Energy companies will not have financial resources for new investment projects and will be forced to continue operating the existing conventional power generation units. At the same time, he pointed out that Poland was the country facing the biggest investment challenges due to the continued share of fossil fuels in its energy mix.

Beatriz Yordi, Director of DG CLIMA responsible for the reform of the EU ETS, presented the Commission’s plans in the context of the forthcoming reform of the system. Among other things, these plans provide for the major  responsibility of the sectors covered by the EU ETS for the achievement of the EU’s higher target for reducing CO2 emissions by 2030. Ms Yordi encouraged Poland to intensify the use of budget revenues from the sale of CO2 emission allowances to finance climate investments, referring to the EU average of 77%.

Dirk Forrister emphasized that thanks to such initiatives as greater use of forests or agriculture, Europe could achieve the same decarbonisation goals at much lower CO2 prices, and funds for Poland’s energy transition should be available from both financial markets and the Modernisation Fund, which has great potential.

According to Philipp Ruf,  Director of Global Power & Carbon Analytics in ICIS, the increase in emission allowance prices in recent weeks was linked to speculative activities. Depending on the final solutions adopted, the prices of emission allowances could rise above EUR 70/t even before 2030. Among the sectors covered by the EU ETS, the energy sector will continue to be the sector achieving the greatest emission reductions: by 2030 it will have reduced its emissions by another 39% with respect to the levels of 2020, in comparison to mere 9% to be achieved by the manufacturing sector.

All these figures confirm that despite successive emission reductions, the Polish energy sector will bear the highest transformation costs in the entire EU. Consequently, it requires greater support in the name of the principle of European solidarity. Wanda Buk, Vice President of the PGE Management Board, stressed that further increases in the price of emission allowances would not translate into a faster pace of investments in PGE: “The prices of CO2 emission allowances stimulate the transition of the Polish energy sector. Their higher level will not bring about an even faster transition of companies such as PGE, which has already adopted the goal of climate neutrality by 2050, but its achievement requires actions that are consistent and spread over time”.