Sustainability News
Home News One million trees: ŠKODA AUTO reaches milestone with its ‘One car, one... 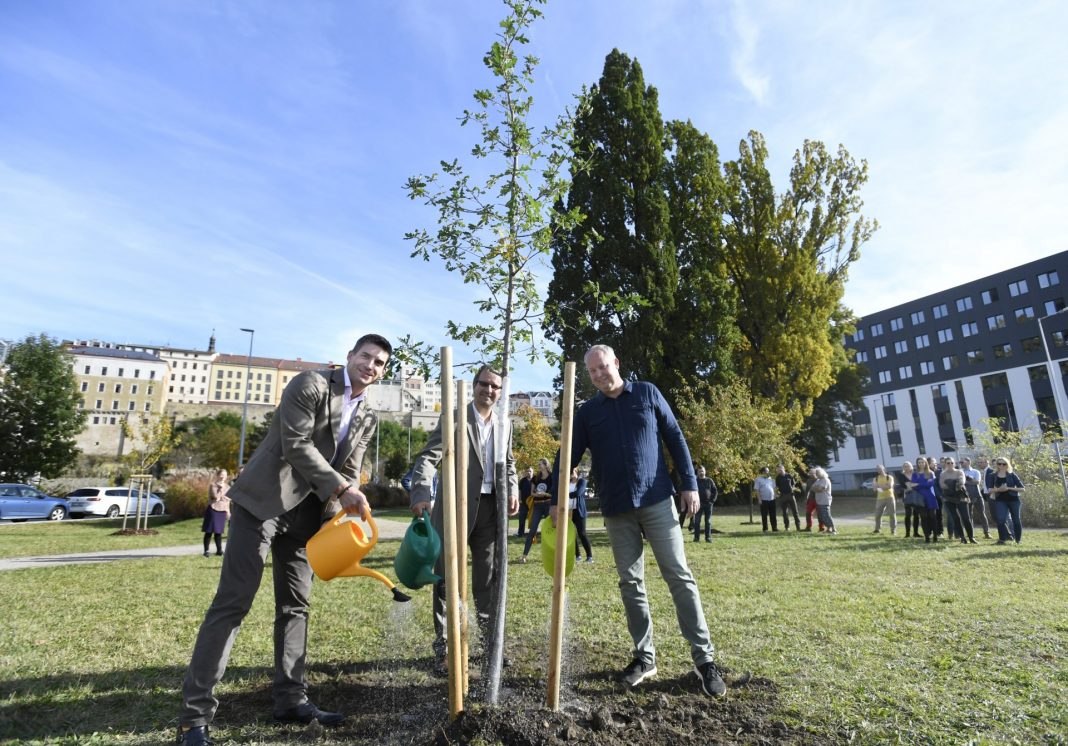 As part of its ‘One car, one tree’ CSR initiative launched in 2007, ŠKODA AUTO planted its one millionth tree in Mladá Boleslav today. For every vehicle delivered to a customer in the Czech Republic, the car manufacturer plants one sapling. Fully committed to sustainability and environmental conservation, the company is also involved in a host of other projects across its international sites.

“For every vehicle delivered in the Czech Republic, we plant a tree, actively supporting reforestation. Our CSR initiative also means that we are contributing to the promotion of biodiversity. I am thrilled that we have now planted our one millionth tree, making a long-term contribution to protecting the environment in ŠKODA AUTO’s home country. Sustainability plays a crucial role in our transformation process and is firmly embedded in our NEXT LEVEL – ŠKODA STRATEGY 2030.” – Maren Gräf, ŠKODA AUTO Board Member for Human Resources added.

Representatives of ŠKODA AUTO, the city of Mladá Boleslav as well as the partnership foundation (‘Nadace partnerství’) were present when the millionth tree – an English oak – was planted in the Three Emperors Park in Mladá Boleslav. Over the coming days, further trees will be planted at the carmaker’s Czech sites: a ‘Ginkgo biloba’ will be the initiative’s 1,000,001st tree, taking root in the Palace Garden in Vrchlabí, and a horse chestnut will be the 1,000,002nd tree, to be planted in Solnice not far from the Kvasiny factory.

By the end of this year, the number of trees planted across more than 170 locations amounts to 1,093,000. They cover an area the size of 347 football pitches, which is the same as 227 hectares of new forest. The project involves a total of 190 partners from all over the Czech Republic.

Each year, a support programme is announced through the Grantys system in collaboration with the partnership foundation. The commission made up of representatives from ŠKODA AUTO and the foundation then selects the projects to be supported from the applications submitted by cities and towns, municipalities, non-profit organisations, schools, national parks, and other institutions. The subsidised organisations procure the trees, ŠKODA AUTO bears the costs for the saplings and also provides five per cent of the subsidy amount paid out to maintain and water the trees. Since 2017, ŠKODA dealers and customers can also get involved in the initiative. In 2021 alone, 36 applications have been supported.

Since 2016, ŠKODA AUTO has been operating the website www.hlaslesa.cz, where the already planted ‘ŠKODA trees’ can be registered so that it is possible to track their locations. Since the beginning of this year, every tree has been recorded on the website. ŠKODA is also committed to biodiversity and looking after vegetation beyond the initiative. The premises of the carmaker’s three Czech production sites are home to more than 1,400 trees, hedges and shrubs, covering an area of more than 27,500 m2. They provide a habitat for numerous species of insects and other animals. There is also an area of almost 100,000 m2 for native flowering plants. At its main factory in Mladá Boleslav, ŠKODA AUTO maintains 22,000 m2 of grassland, green roofs and a 700-m2 protected bumblebee meadow. At the Vrchlabí site, four hives house 240,000 honey bees in summer and 60,000 in winter.

In India, the carmaker is supporting a development project in the Latur region around its Indian plants in Aurangabad and Pune in the state of Maharashtra. A total of 27,000 trees have been planted there so far, five model farms have been set up and 100 people have been trained in sustainable farm management. Water availability and opportunities for agricultural cultivation in the very dry region have improved considerably as a result of the measures taken. Together with the International Association for Human Values in India, ŠKODA AUTO is planting another 10,000 fruit trees on cultivable acreage of local farmland in the Taluka Shirur region of Pune. In the medium term, the trees are intended to contribute to the farmers’ livelihood.

ŠKODA AUTO combines its commitment to sustainability throughout the entire value chain under the umbrella of its ‘Green Future’ strategy and has put in place measures to consistently minimise the ecological footprint of its business activities.