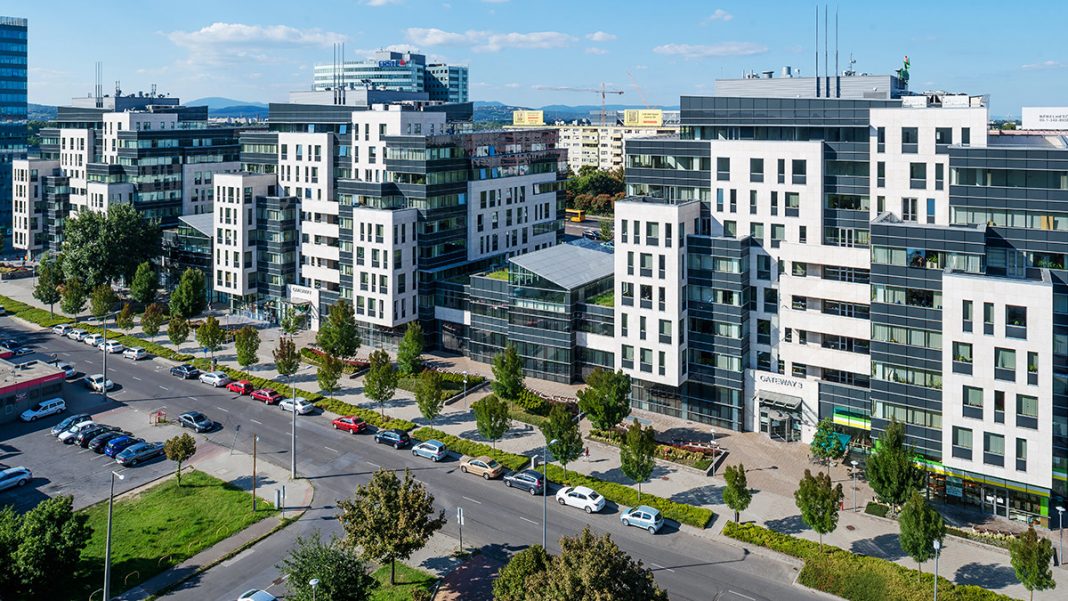 CPIPG set environmental targets beginning in February 2019 and has already made strong progress against our goal to reduce the intensity of greenhouse gas (“GHG”) emissions by 20% by 2030, versus baseline 2018 levels. In 2019, CPIPG’s like-for-like GHG intensity was reduced by 1.4% and CPIPG expects to report an even stronger reduction of more than 12% for 2020.

Based on CPIPG’s experience, plus input from the Group’s bond investors and external advisors and with support from the Group’s CSR committee, CPIPG feels confident to increase the ambition of our environmental targets.

CPIPG’s revised target is to reduce GHG emissions intensity by 30% by 2030 versus baseline 2019 levels (across all scopes 1-3). In support of this objective, the Group has also committed to transition all electricity purchases by the Group to 100% renewable sources by 2024.

Based on analysis undertaken with our external consultants CI2 and University Centre for Energy Efficient Buildings CTU in Prague, the Group’s new GHG reduction target would align CPIPG to Paris Agreement climate goals to limit the global temperature increase to well-below 2 degrees centigrade versus pre-industrial levels.

CPIPG believes that switching electricity purchases to 100% renewable sources by 2024 will significantly reduce overall GHG emissions and intensity in future, considering that electricity derived from fossil fuel sources is currently a meaningful portion of the Group’s total GHG emissions. The shift to renewable electricity sources, along with planned efficiency improvements and enhanced monitoring across the property portfolio, gives CPIPG the confidence that the new targets are achievable.

Purchases of electricity from renewable sources may involve irrecoverable costs which are expected to be minor.

CPIPG will also continue to support renewable energy generation and carbon offsetting: our subsidiary GSG Solar is the largest producer of solar energy in Berlin, while CPIPG’s sustainable farming subsidiary Spojené farmy owns a biogas renewable energy plant in the Czech Republic. CPI Energo, our electricity distribution company in the Czech Republic, will continue to pursue green energy production and innovative solutions; the Group’s valuable land bank provides a long-term opportunity for CPIPG to develop and invest with sustainability principles in mind.

“CPIPG’s revised environmental targets are a significant step forward in terms of our commitment to tackle climate change,” said Petra Hajna, CPIPG sustainability officer. “We want to align our targets to Paris Agreement goals, and will continue to prioritise sustainable action across the company.”