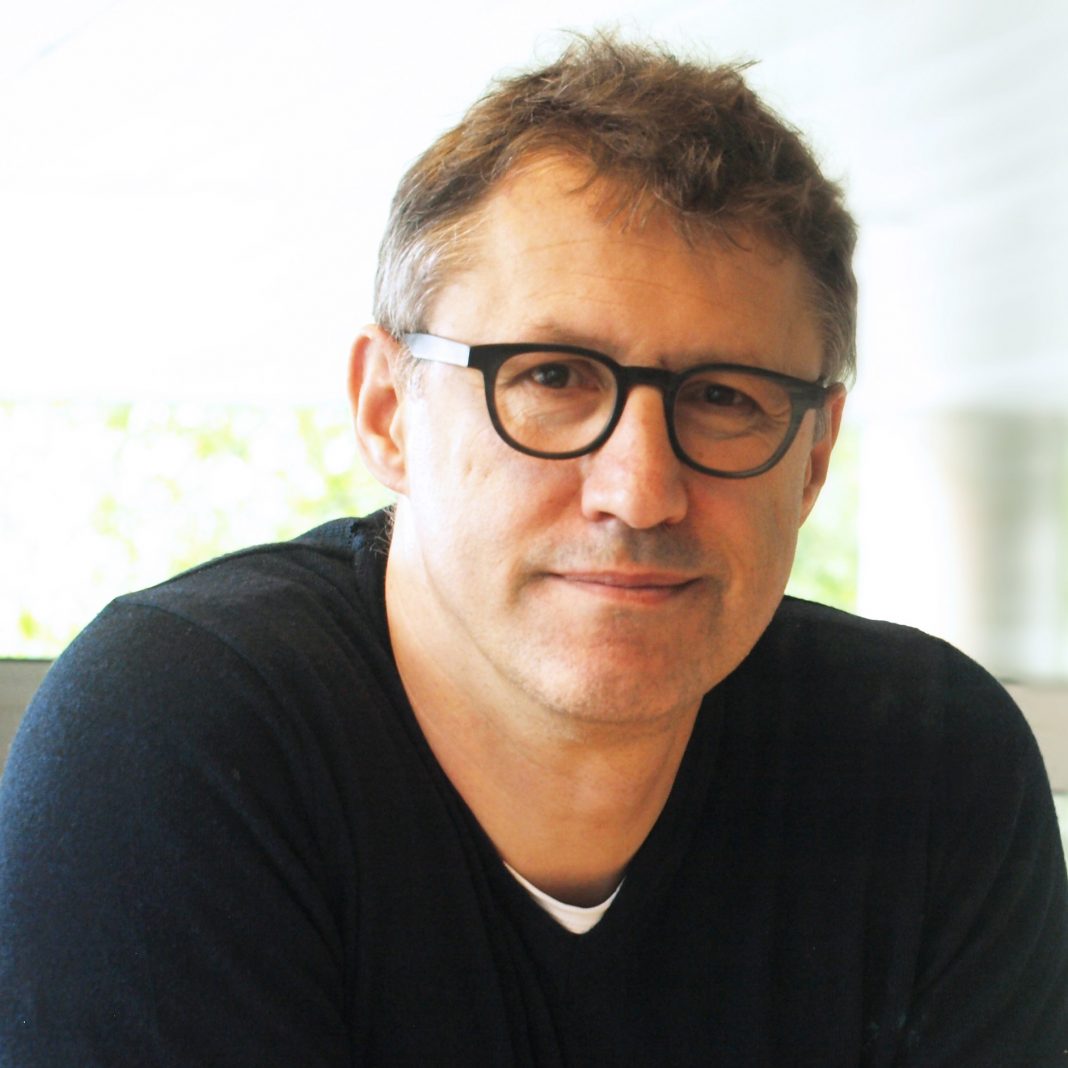 GRI is provider of the best known and most widely used non-financial reporting standards in the world.

Peter Paul van de Wijs is Chief External Affairs Officer at GRI. Peter Paul has over 20 years of professional experience in communications and sustainability. Previously he has held executive positions at the LEGO Foundation and the World Business Council for Sustainable Development (WBCSD).

Most companies are currently using GRI standards and reporting guidelines when it comes to sustainability reporting. However, there is some uncertainty about how reporting standards will evolve in the future. Where do you see the role of GRI standards in 3-5 years from now?

In my opinion the role of GRI will not fundamentally change. Our role as an organization is to develop a common language for companies to report on their impacts. And the way we have done it in the past 25 years is through a very elaborate and rigid multistakeholder consultation process.

Regardless of making reporting mandatory in the future, standards will need to be developed. I think that in the future is that we will have a much more global harmonized system of corporate reporting based on the concept of ‘double materiality’, addressing the organisation’s external as well as financial impacts.

This includes sustainability reporting being on the same footing as financial reporting, with mandated assurance and a core set of standards based on GRI.

There will always be regional differences especially considering mandatory requirements. Our vision is that you will have a core of global standards and there will be add-ons in regions with different local requirements. The reason is that there is always a need to add local specific legislative requirements to standards before they can become legally mandated locally.

In our vision GRI will be the core.

We have always been deliberately making sure that our standards have a global reach, and that we have input for global stakeholders.

What are the main trends that you see in the use of GRI standards?

What we see in general are two things.

One is that more and more companies are using the GRI standards around the world. This number is around 10 thousand reporting companies globally already.

The second – and as confirmed by our latest research through the Carrots & Sticks report – is that globally there are now 84 countries that have 614 sustainability reporting requirements and instruments. Either market regulated – and demanded from listed companies – or government regulated. There is a constant increase in this since we have been doing these studies in the last 12 years, roughly every 3 years.

So we see an increased interest by companies and also towards mandatory reporting from legislators and market regulators.

What changes are coming in terms of sustainability reporting in Europe as a result of the CSRD (Corporate Sustainability Reporting Directive), and what is GRI’s role in the process?

We see this directive to be the most ambitious development today globally, that aims to make transparency mandatory for companies. In the last 25 years this is the first time that a region with the size of the EU has put a very ambitious plan forward to hold companies accountable for their non-financial performance and to link this to their access to financing. They are directly linking it both to the European Green Deal – creating a green economy – and also to sustainable finance. This concept says that transparency of sustainability information is needed to have a more sustainable financial system.

Overall, we are very pleased with this plan and that more than 50 thousand companies in Europe will have to adhere to this legislation. This is a major step forward.

Additionally, it is based on the double materiality concept which is essential. They are basically saying that if as a company you want to show your impact to stakeholders you have to be equally rigorous in reporting on the financial as well as on the non-financial side.

Having the chance to be part of this is a unique opportunity to meet our mission.

We reported earlier that you were going to collaborate with EFRAG to prepare new sustainability reporting standards in the EU. What is this cooperation about exactly?

As it is mentioned in the press release, GRI is going to co-construct the standards. The European Union has agreed on an initial set of topics that need to be addressed in the standards and they will be released in tranches.

Co-construction means we are bringing our knowledge and also our content. But as I said in the beginning there will always be translation. The EU has its taxonomy legislation already in place. There might be other reporting requirements as well and also the format might be different.

It also allows the opportunity for the EU to feed back their knowledge in GRI’s global standards – it is going to go both ways. We have our own due process and the EU has their due process and we will follow both at the same time. As much as possible the standards will be aligned.

This very much fits into the concept I have already mentioned. We would like to be the core of the standards but at the same time we have to realize that new rules always fit within the context of existing legislation and you need to harmonize at some points. So wherever possible we will adapt.

Do you think the new CSRD will bring significant change content wise, or will it rather just make the existing requirements mandatory?

I think for companies who already report on GRI it will not mean a major change. If you look at the topics and the structure there is a very strong comparability.

I do not think it will ever be either or.

We believe that if you want to get a full picture of a company’s impact you need to both understand the impact that the company has on the world as well as the impact the world has on the company. We have always been advocating that financial reporting needs to be strengthened and it has to take into consideration risks related to sustainability issues. So we believe what IFRS is doing makes sense. It is absolutely essential for IFRS to strengthen the elements of the sustainability considerations and risks into their reporting standards.

We also did some important work together with four other standard setters which also addressed the need for one global harmonized standard system, by initially focusing on a prototype climate-related disclosure standard.

What is the main difference between the ESG and the sustainability reporting standards?

ESG standards are specifically focused on enterprise value and the information need of investors and capital markets. Companies have many more stakeholders though.

Sustainability reporting, as supported by GRI, is focused on meeting the needs of multiple stakeholders, providing transparency on internal and external impacts.

Many companies have already identified this and decided that they want to use GRI. Indeed, 2020 research from KPMG found that almost all large companies undertake sustainability reporting, with three in four using the GRI Standards. This means that regardless of ESG developments they are not going to suddenly forget about all the other stakeholders and report less information.

It seems that some companies have already started to put capital markets in the focus of non-financial reporting. What do you think about this trend?

I do not think it is necessarily the companies who are turning to ESG focused reporting. I think there is a strong push from the financial community for more ESG information. Companies already do GRI reporting and they will continue to do so.

My issue with the current ESG discussion is that it seems to suggest there is only one type of investor. However, there is a whole range of investors who have different needs. And the longer your investment window gets the more information you will need because more topics will become potential risks for you.

We also see a trend in the financial markets where asset owners are beginning to be concerned about sustainability considerations as well. They want their investments not to have a negative impact on the world.

They understand that they either build a better world through their investments or they just support the degradation of the planet.

So we need a much more nuanced approach than what seems to be reflected in the more technical community of financial reporting.

What do you think about greenwashing? Is it a risk in your view that financial products can be greenwashed because the definition of what is sustainable are insufficient?

In our view this is why you have independent and global sustainability standards and why we are in favor of mandated reporting.

It is often not the standards that are wrong but rather their implementation.

Sustainability reporting started somewhat slower in the Central European region than in Western Europe. What would be your recommendation to companies who just start with reporting in the region and want to avoid the mistakes that Western European companies made in the past?

I can draw a good parallel with the GRI guidelines. Originally with the first G1 guideline two decades ago we wanted to create a guideline that included everything companies had to report on. Later at some point we realized that actually not all topics are always relevant or material for all companies. So we decided to become a standard setter rather than a guideline creator because that allowed us two things:

The first is that we defined certain amount of disclosure requirements for all companies. But at the same time we realized that based on materiality assessments companies can define the topics they really need to report on. This is our learning curve and I think all companies, including the ones in the CE region can benefit from it.

Secondly, mandatory reporting is coming. So, what I would suggest to companies is to become member of the UN Global Compact, join the GRI Community and learn about reporting. One of the reasons we established this peer to peer platform is so that companies can learn from each other how to best implement reporting. Being able to talk to other companies is very helpful and this is how you can ultimately jump the queue.

What is your view on the length of sustainability reports. Should they be long or short?

I do not think there is one solution. Sustainability topics are complex issues with a lot of stakeholders meaning you will need to report about quite a lot of things.

I would suggest to keep sustainability reports as concise as possible.

Thanks to technology we are going to see a major change in reporting tools and that will make it easier for people to find the data and also to share the data.

I am not a fan of a 200 pages long reports. I think what you will more and more see is companies putting the data online and creating a much shorter management reports that tell the narrative. Stakeholders are often more interested in the narrative than only in the data. I can tell you my water consumption decreased from 100 liters to 50 liters. But does this really matter? What stakeholders really want to know are rather things such as: Was that good enough? Did I do my best? Should I have done better?

Overall, it is about finding the balance.