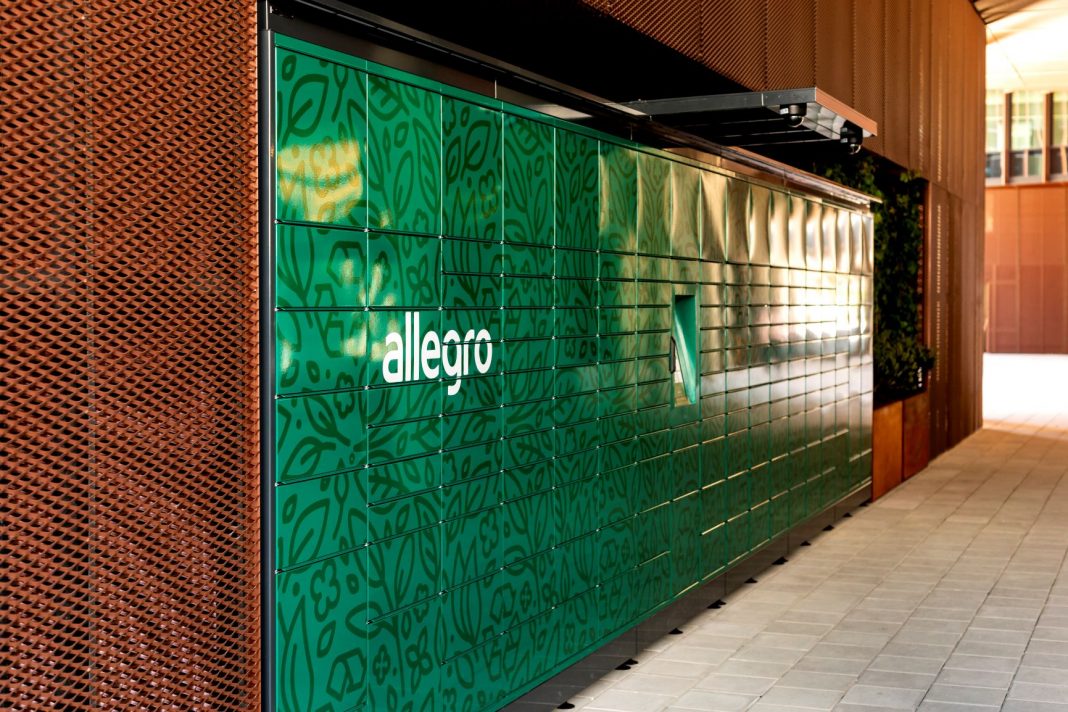 Allegro has unveiled its first environmentally friendly parcel lockers. The network is planned to expand across the summer and customers will be able to collect their first parcels from new lockers already this Autumn.

The first Allegro parcel locker was set up at Nowy Rynek in Poznań, near Allegro’s new headquarters. The next three machines are located in Rejewskiego, Kabacki Dukt and Romera Street in Warsaw.

“We went ahead with our previously announced plan to build a network of own Allegro pick-up points and parcel lockers. We’ve already ‘planted’ the first machines in Poznań and Warsaw, with more to be set up in the next few days in Łódź, Toruń and Wrocław. Allegro parcel lockers will be added to delivery methods on our platform once necessary density will be reached in those cities, which is expected this Autumn. According to our schedule, we will have launched 1,500 automated lockers by December and plan for much more ahead.” says Grzegorz Czapski, Business Development Officer at Allegro. “In addition to such standard aspects as the location safety and proximity to customers, we have also took into account environmental considerations, how the equipment integrates into the surroundings and made sure these can be easily used by people with disabilities.”

Own locker network will speed up deliveries, increase convenience and enhance the shopping experience on Allegro.

Currently, as many as 80% of all parcels ordered on Allegro reach customers within 1–2 days and are delivered to 31,000 locations that make up Poland’s largest network of pick-up points. With the growing number of buyers and their increased shopping frequency Allegro is investing into its own logistic solutions. With free delivery already available in majority of offers thanks to Allegro Smart! the company is improving the so-called last mile proposition.

Launch of Allegro Punkty pick-up points thanks to which customers can collect their parcels at 600 Kolporter stores. In the second part of the year the company is also planning to launch Allegro Fulfilment allowing merchants to ship products from Allegro warehouse near Warsaw.

According to a report by PwC1, the Polish e-commerce market is expected to be worth PLN 162 billion in five years from now, growing at an average annual rate of 12%. In addition, Last Mile Experts2 estimates the number of parcels shipped in Poland to pass the 1 billion mark by as early as 2022. This trend is strongly reflected in logistics services but it also leaves a mark on the urban landscape of Polish cities. That’s why Allegro’s plan to launch its own lockers was preceded by a number of meetings, workshops and dialogue sessions with representatives of urban movements, disability organisations, experts and local government officials.   Sustainable development goals set out in the company’s strategy for 2020–2023.

“We look at all our business initiatives through the lens of  social responsibility and sustainability. We are very grateful to all the organizations and individuals that devoted the time to help us find a way to create a solution that respects its surroundings and the local inhabitants. We hope it will soon become the best practices – says Marta Mikliszańska, Head of Public Affairs and Sustainability at Allegro.

Our parcel lockers will be powered by renewable energy sources and provided with air quality sensors, and we’re going to publicly share our metrics.

Noise and visual pollution are also our key considerations. Wherever possible the front side of the machine will be covered with a10 square metres plant walls. We’ll also work with local governments to select locations where we’ll invest in green walls on buildings. This year alone, we’ll create about 21,000 square metres of green space or, to put it in more visual terms, the equivalent of 3 FIFA-standard football fields. In addition, we’ll provide training to ensure that couriers perform quality work on site and we’ll set clearly designated unloading areas. We’ll completely forgo advertising on the parcel lockers. As for last-mile logistics and supporting people with special needs and disabilities, our ambitions go much further, and I’m looking forward to sharing more details with you soon,”